Doctor Who: Dead of Winter 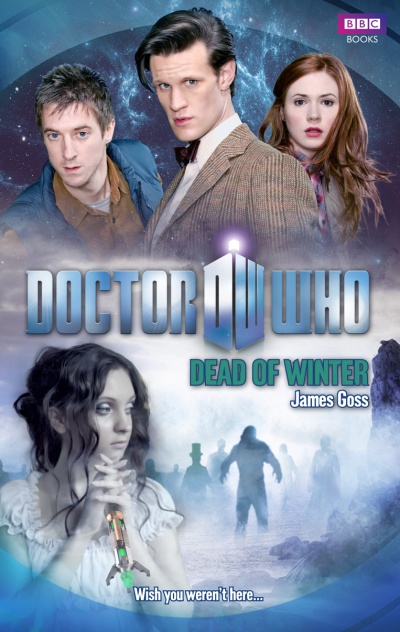 I did actually enjoy reading this book. I found it quick and entertaining to read… and if it wasn’t for the multiple switching between so many different first person POVs, this would probably be four stars.

I did think there were certain aspects of the Doctor captured quite well, but there wasn’t really enough of him. And what was shown was summarised and glossed over.

I didn’t really know what to make of Doctor Bloom. There seemed to be a lot of contradictions in his character and by the end of the book, it seemed like he’d started out one way and it was then decided he’d be different. That seemed to be the case with Prince Boris, who was another character it was difficult to get a handle on.

I did find Marie to be an interesting character and it was kind of sad to see the letters she was writing to her mother. It was interesting to see the other patients at the hospital, but I felt there were a few too many characters involved and it was really hard to connect emotionally or really care about any of them.

I would have liked to see a bit more in the way of the setting, as apart from some instances where the characters spoke French, I wasn’t really able to engage with the setting. And although there were some slightly creepy moments, I felt those were lost in the way the plot seemed to be attempting to be clever.

While I normally like tie-in novels, I felt this one could have done with more improvement and less telling rather than showing. I have read and enjoyed other Doctor Who novels, but I don’t think I’ll be seeking out any more by this author in the future… which is a shame, as the blurb was so intriguing.