This is now the second version of the Swan Lake ballet I’ve seen. I recognised a lot of similarities to the Bolshoi Ballet version, especially when it came to the costumes and some of the effects used.

I really felt that the sets in this ballet for the palace and the lakeside were really beautiful. I felt the setting on the stage was really lovely and I did especially like the costumes and the dancing in this.

I did think that the character of Siegfried was too young and naive in this. I felt there were better ways he could have been deceived, especially because the dancer playing Odette/Odile was so good, I felt she portrayed the two different characters remarkably well. And my sister agreed.

The storyline wasn’t as clear in this ballet as in the previous version I saw, but it was still beautiful to watch and the dancing was amazing. It did feel like there were real emotions in the dancing… and although the ending was confusing, this ballet was really good to watch and I did enjoy the journey.

I think Swan Lake is one of those ballets that’s quite well-known, but I haven’t seen it until now.

I think this was a really beautifully-done ballet. The lighting was used to really good effect. It was interesting to see the paler, almost ethereal light when the swan maidens were dancing.

I did recognise some of the music in this ballet and it was really nice. The costumes were really beautiful as well. There was a nice variety of different ones, especially when it came to the princesses in Act 2.

I found it a little amusing how, in Act One, the King and Queen both seemed to have an entourage of nobles who basically copied their movements. It was a little distracting at times. I also didn’t really like how the dancers kept breaking character to bow to the audience during the ballet, which made it hard to get truly into the ballet.

I recognised the dancer portraying Siegfried from the Nutcracker ballet I saw and I liked him in this. I felt both him and his ‘leading lady’ showed emotions pretty well for the most part in their dancing. I did think that the dancer who portrayed Odette did a really good job, too, especially since she had to portray two very different characters and did that really well, the dancing being completely different in both of them.

There was good use made of the set in this, too, particularly towards the end. I did enjoy watching this ballet and I would watch others by this company. I also intend to see the version of Swan Lake by the other ballet company in March 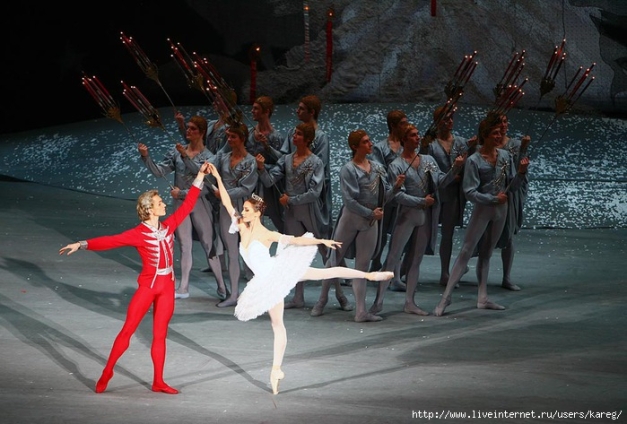 I have to say, although I did enjoy this ballet, I didn’t like it quite as much as the other two I’ve seen. The whole concept was a really interesting one and there were some things I really liked… but there were parts I didn’t think worked quite so well.

For the most part, the dancing was really good in this ballet… and I really loved the costumes; especially the Oriental style ones. One of the biggest problems I had, though, was that I couldn’t figure out what the dancing meant/what story it was telling all of the time. There were some really nice dances with the people dressed in different costumes, but I didn’t know who they were supposed to be… the dolls, even in act two?

I felt that the appearance of the nutcracker prince at first worked really well. And the dancing between Clara and the prince seemed to come across as very emotion-filled.

What I didn’t really like was the fact that, as soon as there was applause, the main dancers broke character to bow/curtsy in acknowledgment. That kind of threw me out of the story/dance quite a lot.

I liked that there was the use of translations, which was a good way of including people from other countries. It was also nice to see the way it was shown the characters felt cold, for instance. I liked the dancing and the costumes. It was a really good interpretation of the story of the Nutcracker. 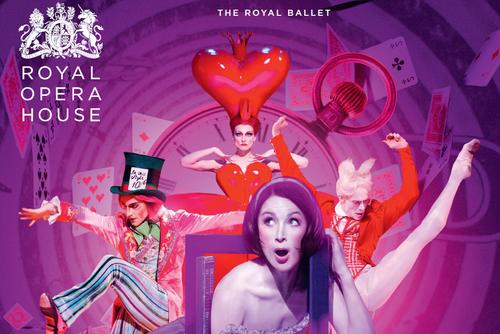 So… Having seen a previous ballet by this company and seeing this one advertised then, I decided I wanted to go and see it when it was being broadcast live at my cinema this evening.

I felt this was a really creative interpretation of Alice in Wonderland. There were some really beautiful scenes and costumes in this.

It was really cool to see the tap dancing Mad Hatter, though I would have been intrigued to see the hip hopping one. Still, in the second interval, we were shown a kind of ‘dance off’ between the two Mad Hatters, which I felt was really good. It was also really awesome to see the history behind this ballet being made.

I have a lot of respect for the ballet dancers in this. I didn’t need the explanation of the storyline in the program. I felt that the dancers showed what was going on really well through their actions in the ballet.

I really liked the music in the ballet, too. I noticed a deviation to a more Arabian style of music at one point… but I felt it did really work and fit quite seamlessly.

The interpretations of the characters and creatures were really interesting, too. I liked how the Cheshire Cat was portrayed in this. I felt his appearance, in particular, worked really well.

What was also good, I felt, was how certain events were shown in the ballet, such as Alice’s fall through the rabbit hole – that felt incredibly disorientating. The sea of her tears was shown in quite a cool, unique way, too.

There were a couple of quite amusing moments in this, particularly when the Queen of Hearts was showing off her dancing. (It helped to have the history of that scene explained, too…) There were also a couple of scenes that were really quite disturbing.

All in all, I felt this was a really good portrayal of Alice’s Adventures in Wonderland. I liked the slight spin with the knave, too, and the scene at the start.

So, I left the cinema, having seen the ballet of The Winter’s Tale broadcast live, and I’m left with one word – awesome.

Up until now, I’ve never really been that interested in ballet. My sister and I went to lessons when we were younger, but it was so long ago, the only ‘proof’ I had was a photo that’s probably been long since lost.

I wanted to see this because I thought it might be interesting to watch just to see what a ballet is like. I wasn’t expecting to be drawn into it as quickly and well as I was.

Since there was no dialogue in this, I felt that the dancers did an amazing job of showing the emotions of the characters. The dancing was really good. I can’t even begin to imagine the amount of work that must have gone into this.

The music was particularly effective and I felt it really worked for the different acts. The costumes were really good and appealing as well.

The music group on the stage was a little distracting at times, but for the most part, I didn’t notice them. Their costumes worked really well at blending into the scenes.

There were some really effective scenery pieces, especially when it came to the boats and the bear. A couple of times, I did find it somewhat difficult to read what was going on, but considering that I’d not heard of this play before, I felt that the storyline was mostly clear.

I felt that the dancers portraying the characters did a fantastic job. I especially liked Edward Watson as Leontes. The full range of emotions of the character he portrayed came across really well. I like the others too, but he was by far my favourite.

This is definitely a ballet I’d watch again and one I would recommend. I feel it’s one of the most beautiful pieces I’ve seen and it’s obvious how much work has gone into it.