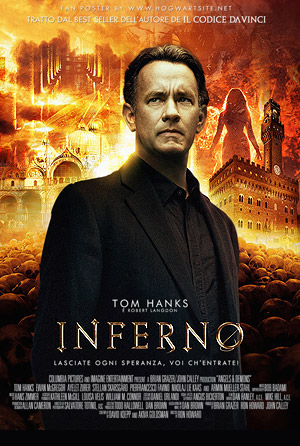 I haven’t read the books in this franchise, or even watched the previous movies, but I still found this movie easy to follow.

It was really easy to empathise with Robert’s confusion over what was going on and I liked that the movie jumped straight into the action. Even though there was some confusion, that came more from what the main character was experiencing… and there was a lot of tension right from the beginning.

I did like Sienna as a character, even though I would have liked to see a bit more of her background. I did feel that certain things that were revealed towards the end of the movie didn’t really fit with what had been shown before. While there was a small amount of foreshadowing, the ending did still feel like it was more for shock value.

I thought it was interesting to see the big part Bertram played in this movie, despite having died at the beginning. It was good to see how everything came together… and even though I really wouldn’t have agreed with his actions, I could understand his motivations in a really scary way.

The visions based on Dante’s Inferno were quite scary to see, though I wasn’t very clear on why Robert was seeing them.

I did think there seemed to be a lot involved in this movie, but by the end, it seemed almost like the path was just there for the sake of it. There were some good connections… but there were other things I felt weren’t really followed through on. Even though there were some things that were a surprise, I didn’t feel the plot was as intricate as I was expecting.

I did find this movie entertaining to watch and although I probably wouldn’t watch it again, I would be interested in reading the books and watching the other movies in this franchise in the future.