Chronicles of The Nocturnal Forest 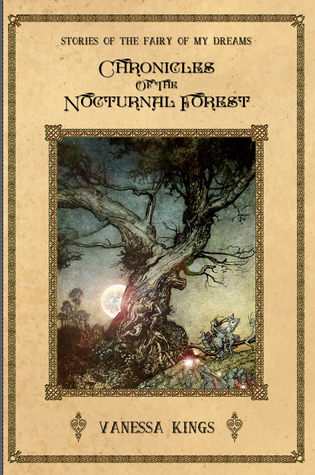 I thought this book was a really intriguing one when I read the blurb originally. While I did think that the stories did skip around a bit too much and created some elements of confusion, I really did like the concept of it.

I did think the book might have been better if there was equal time spent between the dreams and Melanie being awake. I also thought it was a bit disappointing how much of the stories were glossed over. While it was good to be able to see the events unfolding as Melanie did, I was very disappointed in the fact that there was very little in the way of character development.

I thought it was interesting to see that there was a clear mix of fantasy and science fiction. It was good to see the short story format used to detail the family tree from the start. I would have liked to know if Melanie was connected to the family, though, since it’s not very clear why she’s chosen out of all of them.

There was a lot of potential in this book that I felt wasn’t lived up to. The romances weren’t given a chance to develop and I didn’t have a chance to see many of the family relationships either.

I liked the opportunity to see the fairies in this book, though Shaylee was glossed over so that I didn’t get a chance to get to know her. I did like the fact that all of the characters had some connections to each other, but the story within a story idea did get a bit confusing after a while.

I did very much like the illustrations in this book. I felt that most of them fit in really well with the feel of the story and it was a good way to picture many of the characters inside my mind. I did enjoy being able to see the kingdom of Astebeth, though it was somewhat confusing about how they had all of this technology.

I think that Melanie’s world and relationship with her parents could have been expanded upon. I personally felt that the dreams felt more real than the outside world did.

Although this book was quick and easy to read, I’m not sure I’d read a sequel to it right now.