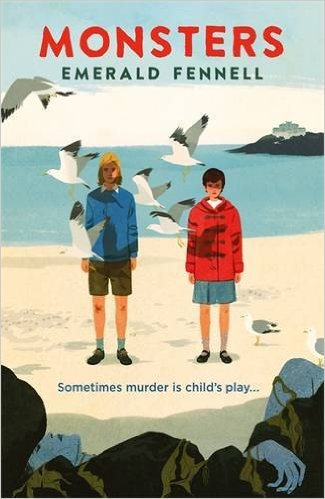 While I can’t say I enjoyed this book, even if I did feel sorry for the narrator at times, I did find it to be well-written and engaging… and much easier to read than I was expecting, given the subject content.

I personally felt that the title could actually refer to quite a number of the characters in the book and not just the two children. It was interesting that the narrator of the book didn’t appear to be named. While people generally don’t think of their names, I thought the fact that none of the adults addressed her by name made it quite clear what they thought of her.

Apart from the narrator, I didn’t really feel anything for any of the other characters. Miles’ mother struck me as incredibly creepy. The narrator’s aunt was clearly weak. Her uncle came across as belonging under the heading of ‘monster’…

Despite the fact that the main character clearly had a lot of darker aspects to her personality, I couldn’t help feeling a lot of sympathy for her. I think there’s a strong case to be made for nature versus nurture and I think there were hints that she could have turned out differently if she’d been treated better. I actually enjoyed reading her observations about the other characters. Despite everything, she cared for Miles, at least… and I think others might have enabled her to change if they’d taken the time to pay even a bit of attention to her.

I didn’t especially like Miles. Not because of his obsession with murder/the games he played. From an early age, I read thriller and horror books. I didn’t feel he was a good friend and I had a strong dislike for his mother.

The setting of this book came across really well and I found it really easy to follow and be a part of. While there were some disturbing scenes at times, it did allow me to experience the events along with the narrator.

In a way, I’d like to read a sequel to this book. It would be good to have the opportunity to see if the children continue down their dark path… or if there might be hope for change in the future.