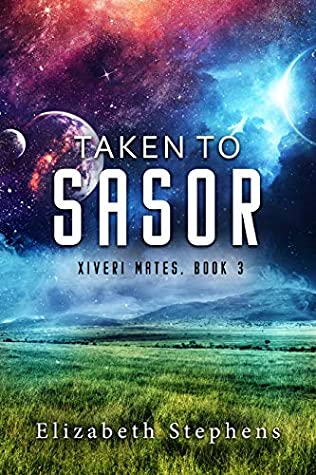 I’ve always been interested in well-written romances. And while I haven’t read too many alien romances, I was quite eager to read this book when I was given the opportunity to.

While I don’t really like dual first person perspectives, I did think it worked quite well in this book, though I was quite confused by the meeting/melding of the two different cultures. I didn’t really understand how Neyehuu’s people viewed human females. On the one hand, it felt a lot like they only saw them as slaves; on the other, it seemed completely contradicted by what was said and done through the book.

I found the different aspects to Neyehuu’s abilities really intriguing, especially when it came to the fact that his manerak and naxem both seemed to have their own opinions and personalities. I didn’t really know enough about those aspects to know if it was normal for the manerak to be like a split personality.

I liked seeing Mian’s interactions with the other characters, along with Neyehuu. It was really good to see how she found a place for herself in Neyehuu’s people, but there quite a few secondary characters and I did get a bit confused over who was who at times. Out of the secondary characters, though, I found Chimara to be the most engaging. I enjoyed seeing her interactions with Mian and I would have liked to see more of her history and relationships with the other characters.

I also really liked that Tekevanki, although really awful to Mian at first, had a lot more depth to her than just being a rivial and part of a love triangle plot. She’s a character I would have been interested in seeing more of.

I liked the glimpses of the different aspects of the cultures, such as the use of the wreaths. I really liked the visuals of the wreaths and the fact that the female was who made the decision, even after the males fought for her.

I did enjoy reading the book. It was easy and engaging and the world was one I’d like to see more of in the future.