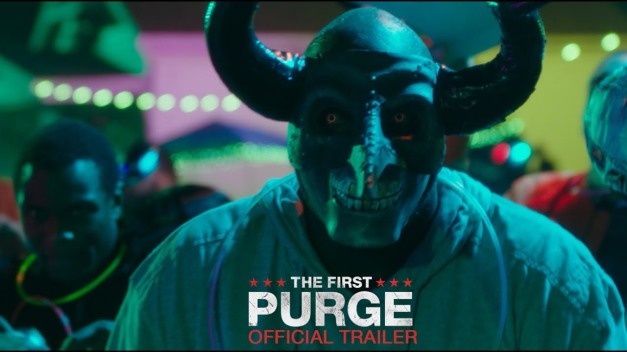 Having watched the other movies in this franchise, I was immediately caught by the trailer for this movie – and the ability to see how the purge first came about.

I thought it was really good to see the whole build up to the night; in particular the way different people were reacting to what was about to happen.

I did find most of the characters really easy to empathise with, but I have to say, my favourite character was Dmitri. It was nice to learn something of his history with Nya and Isaiah – though I would have liked a few more details about that.

One of the things I liked about this movie was the build-up of the tension. While there were scenes of violence and gore, those were almost anti-climactic in proportion to the tension running throughout the movie.

One of the things I would have liked to see would have been how the rest of America – and, indeed, the whole world – viewed what was going on. There were a handful of news reports, but this was one of those instances when social media could have been used to good effect to show people’s reactions.

It was really intense watching this movie, but there were a couple of scenes where characters I didn’t really know or care or care about were killed. Those scenes just seemed to be placed for the gore factor – and to demonstrate how bad/evil one of the antagonists was.

By the end of the movie, I was on the edge of my seat, utterly engrossed in the storyline and the struggle the characters were facing. I wouldn’t, however, have said that the path from this movie to the annual Purge being a thing was very clear. I still feel there’s a lot more of the history to be told.

This movie was engaging and managed to draw me in easily. I would definitely watch it again in the future.