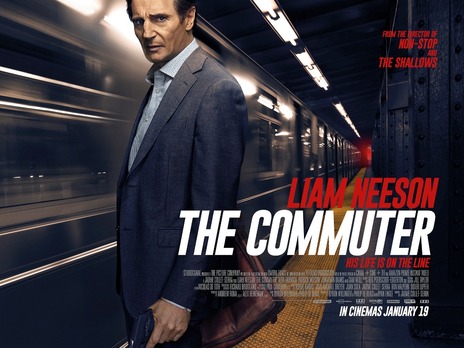 I was intrigued by the mind games idea when I first saw the trailer for this movie. I like Liam Neeson as an actor and I especially liked his character, Michael, in the film. While the way the movie was shot at the beginning was a good and unique way of showing his life up until that point. I did, however, get really confused by the amount of children Michael had. The shots kept making it seem like he had multiple children instead of just one.

I liked being able to see and get to know the other passengers as Michael interacted with them, but I did feel there was a lot of time spent on setting up red herrings and not really enough spent on showing who Michael already knew. As a viewer, I had even less information than Michael did.

The atmosphere of this movie was very intense and kept me on the edge of my seat throughout. I didn’t really like Joanna and I found it very hard to suspend my disbelief when it came to the reach of the company she worked for.

While there were times I felt Michael did make some pretty bad choices – especially when it came to actually taking the money in the first place – it was also good to see that he was capable of thinking on his feet and good at changing his plans when he needed to. However, given the age of the character and the fact he was no longer on the police force, some of his physical exertions really didn’t seem that realistic.

I found it easy to care about Michael, but as there was very little shown about his wife and son, it was hard to feel they were in any danger. And the whole thing with them also made it hard to suspend my disbelief.