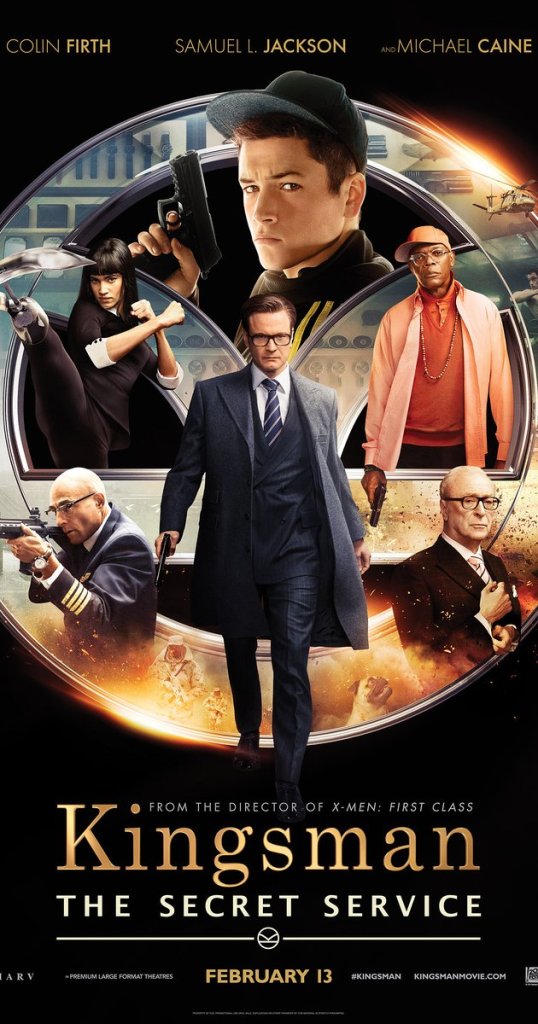 I remember being torn about seeing this movie when it first came out at the cinema. And then I heard some bad reviews about it, so I put off seeing it until…well, there was a midnight showing of the sequel and a showing of this movie beforehand. And my second home is at the cinema, so….

I enjoyed this movie a lot more than I thought I would. It was really easy to like Eggsy as a character and I liked seeing the contrast between him and the other recruits into the Kingsmen.

It was good that this movie was so fast moving. I did get the chance to properly get to know the characters and it was good to see the friendship between Harry and Merlin, though I would have liked to know a bit more personal detail about Merlin. And it was really good to see the relationship forming between Eggsy and Harry.

I did think that Eggsy seemed to forget about his mother and sister quite quickly. While he couldn’t have really contacted them, it seemed like they just disappeared from his thoughts in the middle of the movie. I did think there were some stereotypical moments in this movie, such as when the rich kids (or kid) decided to pick on Eggsy because he wasn’t rich. And Charlie’s friends really didn’t seem to have a lot of personality to them.

The idea of the Kingsmen was quite an intriguing one and although there were some elements of the movie that were really over the top, it had enough action and intriguing characters to keep my attention focused. There was gore, but it was kind of over-the-top…more comic, really. And I especially liked the gadgets the Kingsmen used.

Eggsy was a character who grew on me through the course of the movie. I cared about what happened to him and while his way of going about things was different to everyone else’s, he was a refreshing unique character who I could empathise with.

I enjoyed this movie more than I thought I would and would probably watch it again in the future.