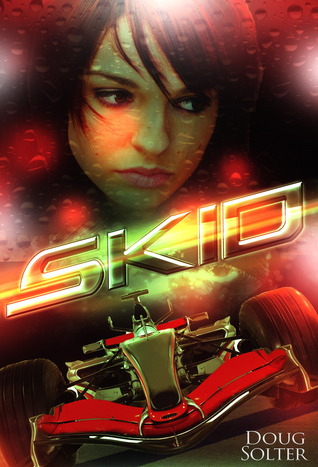 When I first saw the cover of this book, I was immediately taken with it. And I really wanted to like this book. The blurb was such an intriguing one and there was a lot that could have made the book really easy to read.

I felt that Samantha was a character who came across as quite one-dimensional, with a few sparks of more to her that didn’t really go anywhere. I actually found it quite hard to relate to any of the other characters. While there was a lot of potential with Samantha’s mother and sisters, I felt that most of their characteristics only cropped up when it was relevant to the plot. For instance, Samantha saying her mother didn’t like people to be in same-sex relationships. Actually, the two young women romantically involved weren’t even mentioned before the whole conversation. It really felt like there was a lot missing in character development and the switching from Samantha’s first person POV to Manny’s was confusing and made it hard to read towards the end.

I would have liked it if the book had been expanded upon, with more details about the other secondary characters, such as Samantha’s host family. I was also very disappointed that Samantha’s personality kept changing. She went from being absolutely clueless about a guy being interested in her to outright flirting. And there were a lot of cringeworthy scenes where she seemed to come across as a vapid fangirl, rather than a strong female character.

The book was very short, which was a mistake. Considering the book was (I’m guessing?) meant to be about a young woman breaking her way into a man’s sport, it spent very little time actually developing that and it was irritating that Samantha was so much better, despite it being acknowledged she didn’t have the same experience.

There was so much potential in this book, but it really fell short of the execution. I don’t think I’ll be reading more books in this series unless there are some drastic changes put in place.