The Great British Bake Off 2016 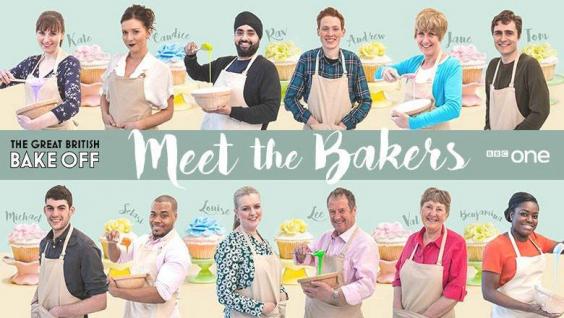 While I did watch bits and pieces of the Bake Off last year, this was the first year I actually sat down and watched the entire series all the way through. I did find it enjoyable and creative and it’s a bit disappointing that the next series are going to be changing so much.

I thought it was good to see the different types of challenges and how imaginative the bakers were, although there were times I felt they were maybe a bit too ambitious.

Since I hadn’t properly watched the Bake Off before, the weeks were all very new to me. I thought the gingerbread buildings were particularly well-made, even though I cringed along with the baker who left that week.

While I could understand why Paul and Mary had to be critical, and I didn’t get to see all of their comments (probably), I did think they seemed to be particularly harsh and not very encouraging at times. And it seemed the comments were either all positive or all negative.

I thought some of the flavour combinations sounded like ones I would like to try, while others definitely didn’t sound appealing to me at all.

It was really good to see something of the history of a lot of the technical foods the bakers were making. I did think the fondant fancies looked particularly good and there were some really nice presentations. I especially liked Andrew’s fondant fancies.

I thought both the Tudor week and the Final were both very ambitious, but it was good to be able to see the different foods the bakers came up with while doing both their signature and showstopper challenges. At the same time, I thought it was interesting to see the bakers having to do particular foods the right way in the technical challenges. However, I didn’t quite understand why many of the recipes had things like measurements missing.

I did think Mel and Sue were really good presenters and it was nice to see them encouraging the bakers, along with providing some lightening of tension.

I also particularly liked the floral week and although it was disappointing to see that some of the bakes didn’t look as good as they could have done, I thought there were some really good ideas.

While I would have preferred one of the other bakers to win, I did think that the person who won the final was who deserved to win. And it was nice to see something of what everyone was doing after the show.