The Girl on The Train 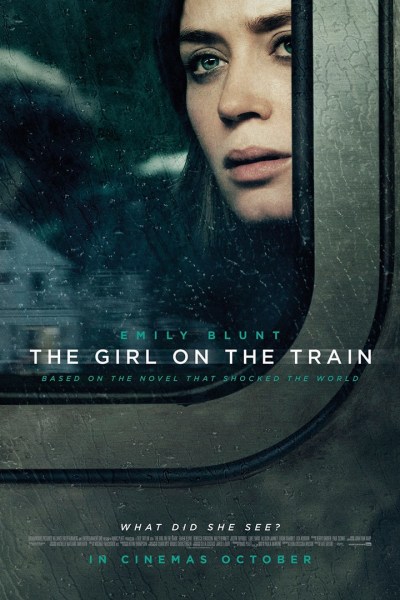 I haven’t read the book this movie is based on, so I can’t really say how true the movie was. At the same time, though, I did find this movie a good one to watch… even though it was one I wouldn’t jump to watch again.

I thought it was interesting to see how Rachel made up stories about the seemingly perfect couple she saw every time she was on the train. Even more so, it was intriguing to learn more about Rachel as the movie went on… and what her own personality and history was like.

It was good to see how the lives of the three women interlocked, but also how each of them had other things going on as well. I found it interesting to see how Megan viewed herself, but I couldn’t have said I liked her as a character. I felt her scenes showed her to be quite selfish and by the end of the movie, I had very little sympathy for her.

I really wasn’t sure what to make of Scott, but I thought Rachel came across as really quite realistic, especially with the way she struggled with her blackouts. I liked Cathy, but I would have liked a bit more detail about their history. There wasn’t really much information about whether Rachel had any family or friends outside of Cathy and her ex-husband.

I didn’t really like Anna for a lot of the movie, but she did start to grow on me towards the end. It was good to see the conflicts and tensions between Anna and Rachel throughout.

There was a lot of tension throughout the movie, but I did feel the Detective didn’t come across as all that good at her job. It was good to see the connections formed and the different tensions that existed not only in the main storyline, but also between the characters.