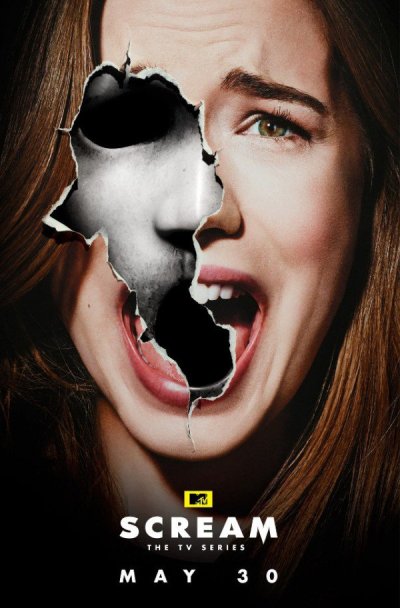 Having watched and been entertained by the first season of this, I was quite eager to watch the second, even if it did take me a little while to get to it.

My favourite character in this series was probably Audrey. I felt she had a lot of depth to her and I enjoyed seeing her relationships and interactions with the others in the Lakewood Six. I also particularly liked Brooke and Noah. Brooke was a much nicer character than her popularity really indicated… and I especially liked being able to see her relationship with her father, as well as her feelings for Jake.

The first episode did a really good job of drawing me back into the series. There was a lot of tension and a lot that was disturbing about this series. It was particularly good to see the kind of games the killer was playing with the victims.

Although it had been a while since I watched season one, I didn’t find it difficult to be engaged with the plot and the characters again. I did, however, find Emma a bit of an irritating character in this series. While it was understandable she was affected by what had happened before, I did feel she made a lot of really bad choices.

It was interesting to have the opportunity to find out more about Piper’s history and the history of the town with Brandon James. I liked being able to see the conflicts with Maggie and the other adults in town, particularly in regards to the new Sheriff. I did like seeing his relationship with his son, though.

I was a bit disappointed in regards to Zoe. I noticed a lack of ethnic diversity in the town and the character in the previous season who was of a different ethnicity ended up dead.

I liked Noah and seeing the way he and the others were coping with the massacres. This series was much more violent in terms of the death than the first… but the games the killer was playing put me on edge; and there were other conflicts, in particular between Kieran and Eli, that did a good job of that.

There were a lot of red herrings in this series, but I felt there were a few too many of those. I did find the series entertaining, though, and there were still some answers I wanted… even though it was good to see some of the conflicts resolved and the strength demonstrated in many of the characters.