Willem of The Tafel 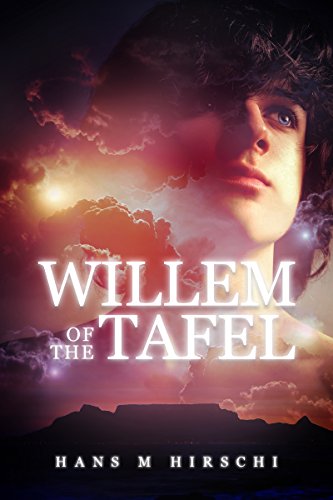 I have some mixed feelings about this book. I thought the idea of this book was a really interesting one and I especially liked the fact there were clear conflicts between the two groups of people in Willem’s society.

The biggest problem I had with this book was that it should have been expanded more. There was too much in the way of telling rather than showing, especially when it came to Hery’s relationship with Willem.

It was good to have the opportunity to see how much society as a whole had changed after the nuclear war, but it was hard to fully engage with any of the characters really. I thought there was too much summarising of events and characters.

It was good to see the way people had evolved and how ethnicity was no longer a factor. I would have liked to see more of Hery’s history with his family, rather than being told there were conflicts that were then disregarded. I liked Hery’s and Willem’s relationship… but I would have liked to see it develop a bit more and more time spent showing how they felt about each other.

Especially towards the end of the book, large periods of time were glossed over with little to no character development. I felt that certain conflicts had been glossed over that existed between the Ghosts and the Shadows. I would have liked to see some time spent on the consequences of what had happened when Willem returned to his people.

I did like the opportunity to meet some of the other characters, but it was very hard to differentiate between a lot of them, due to not having the chance to get into their heads.

While I’d read more books by this author in the future, I would have liked to see the world and characters in this book expanded upon and a lot more showing rather than telling.