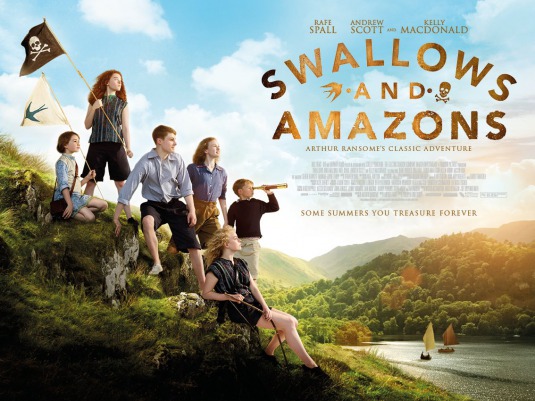 Although I’m technically an adult, I do still enjoy watching films aimed at younger audiences; and this movie was no exception.

I thought it was interesting to see how the events of the movie fit together. It was good to see how the characters all connected to each other and I liked the relationships between the Walker children and with their mother. I did find the storyline with Jim to be an intriguing one, but I really didn’t like him very much for most of the movie.

I had a lot of sympathy for Roger in particular, though Tatty was a precocious child who reminded me of my niece at times.

I did feel there was a real lack of foreshadowing, such as the implications that Tatty always made up stories and her siblings didn’t believe her. The other thing was the past history involving their father. The times foreshadowing was utilised were fewer than I felt they could have been.

There were a lot more darker scenes than I was expecting, but at the same time, I felt there was a lot of tension in this, which was good. The two Russians were creepy, but rather than coming across as cardboard cutout villains, I felt they had more depth than it first seemed.

I also liked the fact that there were conflicts in the relationships between the children… well, not so much the ‘Amazons’, but definitely the ‘Swallows’. I did, however, question the wisdom in their mother allowing them to go to the island, especially given that the two older children didn’t really come across as all that responsible.

I would have liked a bit of history involving Mr. and Mrs. Jackson, as it wasn’t very clear how Mrs. Walker and her children knew them. I also liked the opportunity to see something of the town… such as the carnival and the stereotypical nosy shopkeeper.

I felt the film was entertaining and although it did seem to lack the spark that would have made me want to watch it again, it was an enjoyable movie to watch. I wouldn’t recommend it for younger or more sensitive children, but it would be good for older children.