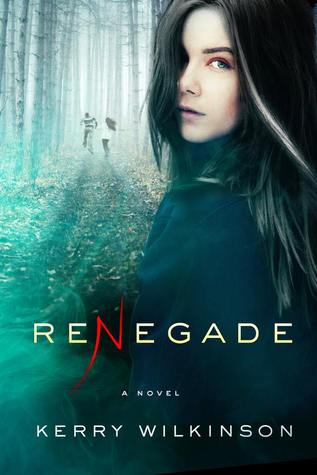 It was good to see this book picked up where the previous one left off. I liked seeing the effects that Silver’s actions had on the outside world, but also more of the characters with her. Faith, in particular, came across as really strong… though I felt she had a lot of human qualities to her. I actually liked her a lot more than Silver and the others… although the rest of the group were intriguing characters as well.

I really didn’t like the hints of a love triangle that turned into a full-fledged one by the end of the book and I did feel like it was in danger of taking over the storyline. At the same time, even though it was good to see something more of the surrounding area and what was going on there, I did feel that the Kingsmen just kept cropping up in large numbers. I wasn’t sure how many of them there were in total, but they weren’t really individual and kind of put me in mind of a hive mind.

It was good that there was a lot of tension in this book and it didn’t really let up. I did feel that a lot of the secondary characters in Silver’s group, particularly the boys, weren’t really well-developed. While I could differentiate between most of the girls (and it was nice to see Pietra a bit more), I didn’t feel like enough time was spent on allowing me to get to know the secondary male characters.

While I did see one of the things coming, it was still pretty awful to read about and I ended up feeling a lot more sympathy for the person involved. While I wasn’t sure that, realistically, Silver should have been able to get away with everything she did, it was good to see that she was resourceful and kept on fighting, even though I thought the rebels were taking the easy way out. While it made sense that they weren’t talking to each other and weren’t using their full/real names… I did question what exactly they were doing, considering Silver was more active than they proved to be.

I did think it was good to see the group forced to live off the land, even though I would have liked to see them face more problems (such as toilets… and the girls’ time of the month). On a normal level, I could relate to the choices Silver made… but I did feel that she didn’t necessarily act in anyone’s best interest and there was a scene towards the end of the book that really jarred me.

Having the third and final book on my Kindle, I am looking forward to reading it, as I do want to find out what will happen to the characters next, even though I’m much less curious about the love triangle.