The Shannara Chronicles Season One 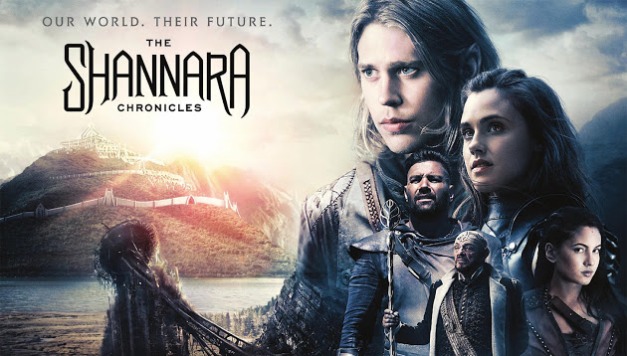 Although I haven’t actually read any of the books in this series (though I have read other books by the same author), I was quite excited about seeing this television series when I originally saw it advertised.

I was quite disappointed that this series was only ten episodes long, but I really liked the fantasy elements that also held a little bit of an apocalyptic feel. It was interesting to see old, ruined buildings from the Age of Man and there was one particularly moving episode that showed an old, preserved high school.

I couldn’t really say who my favourite character in this series was, since I actually liked quite a few of them. I would have liked a bit more background on characters like Allannon, for instance, but it was really good to see how he interacted with the other characters like Will and Bandon.

I thought it was good to see so much of the world and the atmosphere of the series was really engaging.

I really didn’t like the love triangle in the series, but I did like Wil, Amberle and Eretria. I thought Eretria especially was a really complex character and although she was tough, I did feel quite a bit of sympathy for her.

It was good to be able to see the different types of beings and cultures in this series, although I was completely confused about how three different races had evolved and what the real history was of the Four Lands.

I would have liked a bit more detail about the history of the demons and how they came about. The Dagda Mor was extremely creepy, but apart from the Changeling, he was the only one who had any real development in the demon army.

I especially enjoyed seeing Arion and Ander and their conflicted relationship with their father. I felt that Ander was forced to grow up… but I did really feel that he was an interesting character and it was good to have some mystery surrounding his past… although I have to say, I wouldn’t have trusted the gnomes.

There were some really quite emotional scenes, even some regarding characters I really hated at first, such as Cephelo. I still strongly disliked him by the end of the series, though.

I liked that Wil grew and matured by the end of season one, even though he still kept his sweet nature.

I definitely plan to watch season two of this and I want to see the next season when it comes out. I will probably also buy this on DVD in the near future.