Blog Tour: The Girl I Used To Be 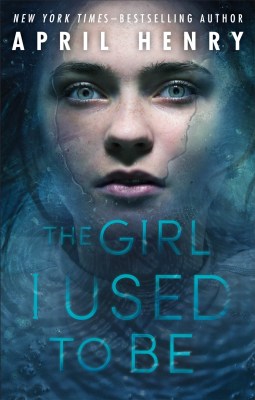 The Girl I Used to Be

Synopsis:
When Olivia’s mother was killed, everyone suspected her father of murder. But his whereabouts remained a mystery. Fast forward fourteen years. New evidence now proves Olivia’s father was actually murdered on the same fateful day her mother died. That means there’s a killer still at large. It’s up to Olivia to uncover who that may be. But can she do that before the killer tracks her down first?

Up until the end of this book, I would have given it 4 stars. Unfortunately, the ending meant I really can’t give it any more than 3.5 stars.

I found Olivia to be an interesting character and it was easy to empathise with her. It was sad to see that the attempted adoption had gone so badly, even though it was a problem with the woman who was clearly unable to handle her. I would have liked to see a bit more of Olivia’s experience with the foster homes, rather than just having all of them glossed over… especially since they would have formulated quite a bit of her character.

I did find it interesting to see how Olivia’s memories kept getting triggered by different things… and I thought her confusion over what was real and what wasn’t came across really well. I was somewhat disappointed to see there were very few interactions with many of the other characters. I thought that the romance didn’t really come across as very realistic… and it would have been nice to see Olivia interact with her aunt and cousin a bit more, even without telling them of her identity.

I was disappointed not to see more tension in this book. While there were some elements, I felt there were too many characters/too many suspects… and although there were a couple of red herrings, I was too busy trying to remember who was who to be trying to figure out who had killed Olivia’s parents.

I was quite intrigued by the idea of many of the people Olivia’s parents had grown up with trying to reconcile what they’d believed with the reality. I would have liked to see a bit more of that struggle… but it was nice to see that Olivia kept asking people about her parents, even though I did feel she had it a bit too easy with suddenly packing up and moving.

I did feel that the ending was rushed and rather disjointed. It took me by surprise… and not in a good way. I didn’t feel like there was any foreshadowing and Olivia’s emerging memories seemed to take very little part in the ending.

I felt that most of the book was intriguing, but it could have done with fewer characters and more emphasis on the mystery. I don’t think I’d read this book again, though I would check out other books by this author in the future.

The only sound I can hear is my own panicked breathing. I’m running flat out through the forest. Then my toe catches a root, and suddenly I’m flying.

Until I’m not. I come down hard. With my hands cuffed in front of me, I can’t even really break my fall. Despite the plastic boot on my left leg, I’m up again in a crazy scrambling second, spitting out dirt and pine needles as I start sprinting again.

Running like my life depends on it. Because it does.

Three weeks ago, I was living in Portland. Working in a supermarket deli. Slicing turkey breast and handing out cheese samples on toothpicks.

Now I’m hurtling through the Southern Oregon woods, being chased by a killer. And no one knows I’m here.

Because of the handcuffs, I can’t pump my fists. Instead, I have to swing them in tandem. Trying to avoid another fall, I lift my knees higher as the ground rises. I can’t hear my pursuer, just my own panting breath.

If I don’t come back, will Duncan ever know what happened to me? These woods can hide things for years. Will animals scatter my bones, plants twine around my remains?

When I reach the top of the hill, I don’t slow down. Instead, I try to lengthen my stride. It’s impossible to maintain a rhythm. I leap over a log, splash through the silver thread of a creek. My mouth is so dry. It tastes of dirt and the bitterness of fear.

A Steller’s jay startles up from a branch, squawking. If only I could take wing and fly. But I’m stuck here on earth, legs churning, staggering over this uneven ground.

The reality is that I’m probably going to die anyway. And if that’s so, I’m going to go down fighting. 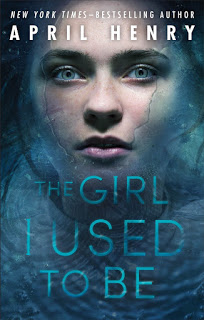 Follow the The Girl I Used To Be by April Henry Blog Tour and don’t miss anything! Click on the banner to see the tour schedule. 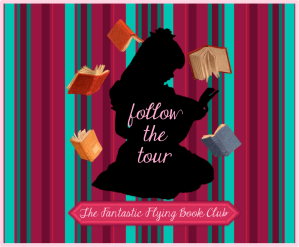 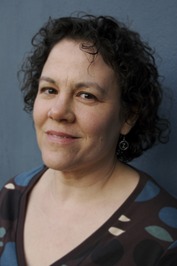 I write mysteries and thrillers. I live in Portland, Oregon with my family.
If you’ve read one of my books, I would love to hear from you. Hearing from readers makes me eager to keep writing.
When I was 12, I sent a short story about a six-foot tall frog who loved peanut butter to Roald Dahl, the author of Charlie and the Chocolate Factory. He liked it so much he arranged to have it published in an international children’s magazine.
My dream of writing went dormant until I was in my 30s, working at a corporate job, and started writing books on the side. Those first few years are now thankfully a blur. Now I’m very lucky to make a living doing what I love. I have written 13 novels for adults and teens, with more on the way. My books have gotten starred reviews, been picked for Booksense, translated into six languages, been named to state reading lists, and short-listed for the Oregon Book Award.
I also review YA literature and mysteries and thrillers for the Oregonian, and have written articles for both The Writer and Writers Digest.