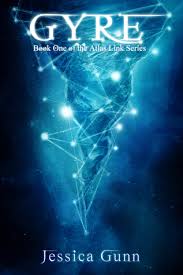 I do have some mixed feelings about this book. While I did think the blurb was a really intriguing one, I did actually feel that the book fell into some of the traps I tend to see with young adult books.

I couldn’t get behind the relationship between Trevor and Chelsea. I didn’t really like the instant connection between them and I felt that they both became unhealthily obsessed with each other. I also really didn’t like the fact that Chelsea didn’t seem to care about leaving her family and friends. There weren’t any details about her talking to her family about not being around… which made me think that she clearly wasn’t close to her family; despite the fact that her sister’s appearance (and the way Chelsea referenced her) made it seem like they were quite close.

Although I did like the concept of the teleporting, it would have been good to get more of an explanation as to why Chelsea was only able to teleport to those particular areas. I have to say, I did really go off Chelsea’s character by the end of the book. I felt that she was petty and didn’t care about anyone apart from Trevor and then herself.

I would have found some of the minor characters to be interesting, but there wasn’t enough time spent on many of them. By the end of the book, I found it really hard to keep a lot of the secondary characters straight in my head.

I did find the Link Pieces to be a really interesting idea and I would have liked a bit more information about them, as well as the whole war between Atlantis and Lemuria.

I’m not sure I will read the next book in this series. While the plot was intriguing, I found the romance was too unrealistic and that did spoil the book for me.