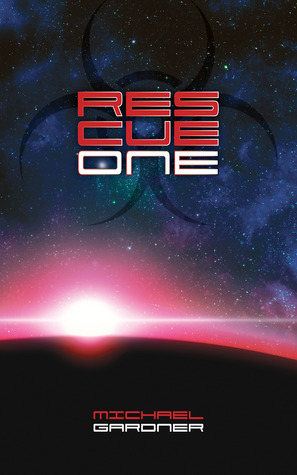 Although I felt like I was missing some of the story, I did find this book really entertaining to read… even though it was especially short. I did find it a bit difficult to get to know all of the characters really well… but I did find it a really intriguing idea.

I would have preferred the present-day storyline to have been expanded and the flashbacks to have been minimised. Although there were some nice elements of foreshadowing, I kept getting confused about which character was which.

It was nice to see that Sam had a relationship outside of his work on Rescue One, but I would have liked some more details about the personal relationships that some of the other crew members had. Although the flashbacks did provide some details, the characters like Jack had family mentioned that were never referred to in the present day.

I liked the fact that there were some elements of mystery through this book and it was good to see something of the friendships in the crew. I did, however, spend a lot of the book trying to figure out exactly who was playing what role. I think I’d figured it out a bit more by the end of the book.

I liked the fact that, at the start, the crew had to make the decision whether to obey the orders they were given, or carry out their true mission. I found it easy to identify with the conflict they were experiencing then… and I did feel a lot of sympathy for Sam and the rest of the crew when the real contents of the ship at the beginning were revealed.

I found Chris to be quite an interesting character, even though I didn’t really know him very well and was about as suspicious as the rest of the crew were of him. I didn’t really like him being teabagged… although the misunderstanding about it did make me giggle at probably an inappropriate moment.

I did think there was a lot of tension during the book and I especially liked the ending. This book did succeed in making me want to read the next book/s in this series in the future.