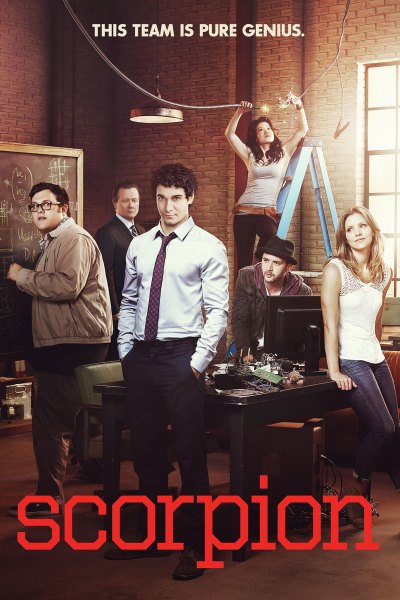 It took me a couple of episodes to truly get into this series. I was intrigued by the first one, but I felt that there wasn’t enough of a team dynamic, or enough with the relationships between the characters, for me to get to know them right from episode one.

One of my favourite parts in this series was the father/son relationship between Cabe and Walter. I especially liked the fact that Cabe had made mistakes… he wasn’t perfect… but it was obvious how much he cared about Walter (and the rest of the team) throughout the episodes.

I adored Happy’s character. I felt she came across as really strong and tough, even though she was damaged in her own way. It was good to learn more about her home life and I did like her growing relationship with Toby… even though there were times I thought Toby was a bit of an idiot.

It was interesting to see the way Walter related to his team and the people around him. The friendship growing between him and Paige was sweet, but I kept feeling an element of, ‘Get on with it!’ Drew coming into the picture did add a lot of tension to the series and I couldn’t help feeling a lot of empathy for Ralph. It was sweet to see the way he looked up to the members of Scorpion, especially Walter.

I did think Sylvester was the sweetest member of the team. I loved that he and Megan grew closer and that he was a real character who had fears and weaknesses. I felt that he went through a lot of growth during the course of the series and was probably the only genius who could relate well to people.

I’m not sure I can speak to the realism of this series. It probably breaks all kinds of rules of physics. But I did find myself drawn in… particularly with regards to the episode where the little boy was trapped in the sinkhole. I felt that episode marked a true turning point in Walter’s development; but it wasn’t until the penultimate episode that I found Walter’s motivations for constantly endangering himself easier to understand.

The amount of tension in the final episode was much larger than early on in the series. By then, I cared about the characters and I felt able to understand them really well. There were some good elements of humour and moments I was scared for the safety of the characters. At some point in the future, I fully intend to watch season two.