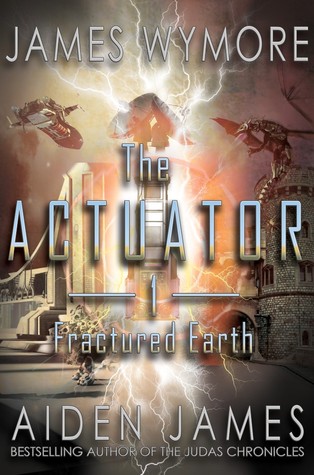 I read the Borderlands anthology a while back and I found the world to be a really interesting one. It was good to have the opportunity to see how everything all began with the Actuator going wrong and the whole world getting divided into Zones.

I would have liked some more details about the different teams involved in the Actuator creation. I wasn’t entirely sure what their purpose was… if it was a virtual reality thing or something else. I did think it was good that the action started almost straight away. It was difficult to see Red having to make the decision to kill someone else for the safety of his fellow team members and I thought that his feelings of guilt and responsibility came across really well throughout the course of the book.

It was interesting to see how things changed as the characters moved between the different zones, to the point where even their food supplies changed to fit in with the worlds. It was also interesting to see how the characters in charge of the zones apparently changed to fit in with their worlds… but it was harder to see them as anything other than bad guys, due to not seeing anything of them before the world went bad. And Pete was a hard character to like, due to the fact that he was clearly hiding a lot of things… though it was good to see that Hanna’s world was more Dracula and less Twilight.

I didn’t really like Mack’s character, even though I think he had some aspects to his character I could relate to. I also thought it was interesting to see the different totem animals that Red and Dragon Star had.

I really didn’t like Luiz’s character and less so when he and the other soldiers ended up in the fantasy world. I would have liked to see more of the ordinary characters caught up in the world, but the aspect with the pirates was interesting and it was good to see that the characters were in real danger.

I do have the second book in this series on my Kindle and I’m looking forward to learning more about the world and seeing more of the characters.