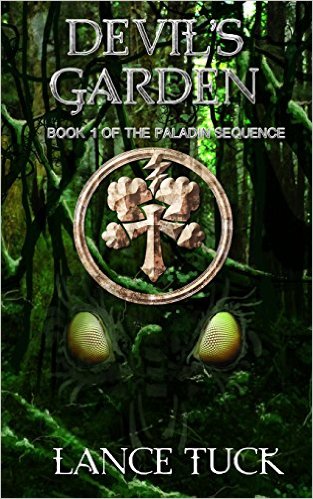 I was a bit unsure of what to make of this book at first. I thought the concept was really interesting and it drew me in really easily. I did get a bit confused with the constant switching back and forward in time, though. I would have liked to see the chapters written in more of a chronological order.

There was a lot of mystery in this book, which was good. I understood most of what was going on… but I did find there were a few too many instances of info dumping. It would have been good to see more of the minor characters and how they related to the main ones.

I would have liked to see more of the differences between how Gerald and Matthew operated. There was a lot of telling rather than showing when it came to the different ways they did things.

There were some particularly gruesome scenes in this book. Although it was disappointing to see that so many of the possessed victims died, I did think that it made sense. The possessions of Matthew’s mother and sister were particularly hard to read about… especially since I wasn’t sure how the possession worked; whether anyone could be possessed, or if it was only a specific type of situation.

It was interesting to see Matthew’s ‘relationship’ with his ‘passenger’. I would have liked some more details about how that all worked… and it didn’t seem like Gerald was really that concerned with helping Matthew get rid of his ‘passenger’.

I had quite a few theories by the end of this book, but I was still left with a lot of unanswered questions. I did find myself reading the book more avidly by the end of this storyline. There were a couple of random scene changes without actual scene breaks, but although I did get a bit confused at those times, there was plenty to keep me focused. I wasn’t really sure I liked Gerald… but I did find both him and Matthew interesting characters.

I probably would read the next book/s in this series at some point in the future. It would be good to see more of the characters and how everything will come together.