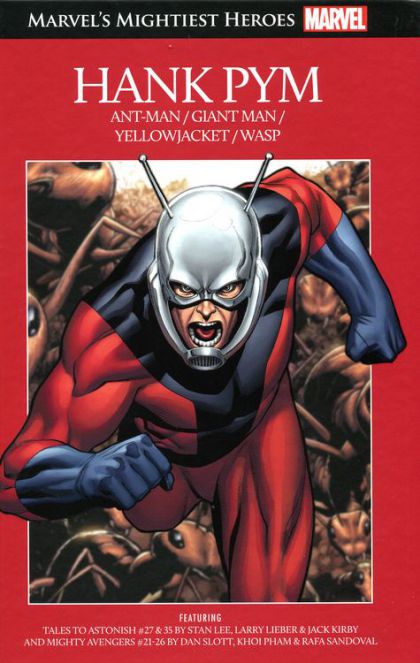 I was quite eager to read Hank Pym’s comic books when I got to know him through the other issues. It was really good to see his first appearance as Ant-Man… and how he formed alliances with the ants after he was shrunk. It was good to see that, despite being intelligent, he did make mistakes… though some seemed to have further-reaching consequences than others.

I thought it was interesting to see Loki as a woman in the second set of comics. While I know he’s a shapeshifter, that’s the first time I’ve seen him in the comics as anything other than male. I also liked being able to see Hercules… though I felt he didn’t come across as a very complicated character in this.

I wasn’t really sure if Hank truly cared about the world, since he mainly seemed focused on his experiments. While it was good to see him finally agree to work with the other Avengers, it was a bit confusing about why exactly them… though given what was revealed, there were probably other reasons.

I was also intrigued by the relationship Hank seemed to have with Jocasta. It was interesting to see the Vision as a ‘younger’ version… but it was disappointing not to see him with Wanda, since I had a particular fondness for their relationship.

I would have liked to see more of the young Avengers and how they were connected to the older ones. It was nice to see one of the younger Avengers join the new team, along with the Vision. And I really liked seeing the Fantastic Four… as well as Iron Man.

In the second half of the comics, I very much felt that a lot of the characters came across as quite damaged. I’m not sure I really liked Pietro in these comics. Although he did say all the right things… his thoughts made it clear he wasn’t really on their side.

I would like to see more of Hank Pym in the future. I’m interested enough to look into buying extra comic books with him involved.