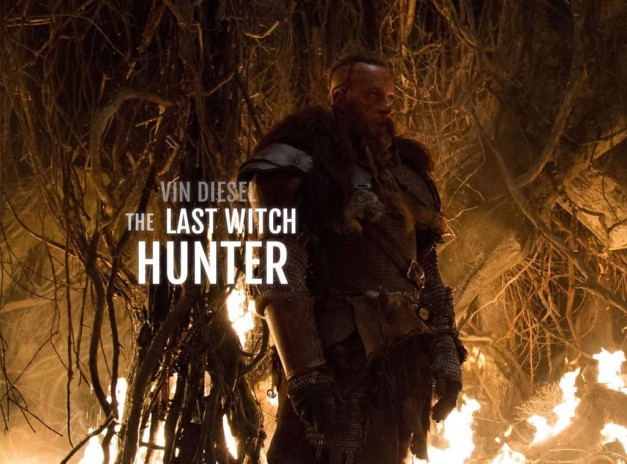 Considering my love of the fantasy (and fantasy horror) genre, I was particularly excited when I first saw the trailer of this movie. It looked intriguing and I recognised at least a couple of the actors in this movie.

The idea of an immortal warrior is one that, in theory, has probably been done to death. Even so, I did find this movie really entertaining to watch. I was able to empathise quite easily with Kaulder’s character and it was good to see that he wasn’t just about killing/hunting witches but that he found other ways of dealing with the problems arising.

There was a lot of action in this movie and a lot of cringeworthy scenes involving maggots and flies, especially when those were being mixed in with cakes. Just… eurgh.

I thought the concept of the council to deal with the problems of witches was interesting, but I would have liked a bit more background, such as how and why they formed and more details about the different members.

There were some good elements of humour in this movie and it was interesting to note the differences between Kaulder at the start of the movie and Kaulder towards the end. I also liked seeing his relationship with Dolan 36th, though it was sad to see the evidence of how Kaulder’s immortality meant he outlived everyone around him.

I thought that Chloe was an intriguing character and it was good to learn more about her past. I enjoyed her interactions with Kaulder and felt she came across as quite a strong person. I did feel some sympathy towards Dolan 37th and I liked seeing Elijah Wood in the role, having not seen him in many movies recently.

There were things I would have liked to see further explored and a few things I was confused about. But I did find this movie enjoyable to watch and there were some really good fantasy elements. Plus, there was a lot of tension and action scenes that kept me watching throughout.