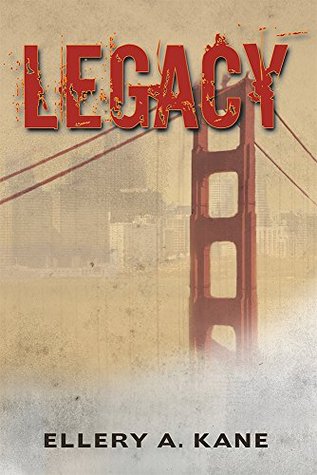 Although it did take me a little while to get into this book, I did eventually find myself get drawn into Lex’s world. I felt a lot of sympathy for her mother even from the beginning of the book, knowing that it had been through trying to do the right thing that caused all of the problems to start.

I didn’t really like the romance between Quin and Lex. I wasn’t really sure what had drawn Quin to Lex in the first place and although there were some really sweet moments between them later on, those were coloured negatively by the fact that I found it really difficult to believe in their apparent feelings for each other.

One thing I felt was shown really well in the book was Lex’s feelings after she’d had to kill to defend herself. I couldn’t help but feel some sympathy for the Guardians, especially towards the end of the book. I did really like Elana and Max as characters… though Lex’s snap judgment about Elana didn’t really endear her to me, even though they did become friends later on. I did notice that everyone seemed to be spilling all of theirr deepest, darkest secrets to Lex… without her really doing anything to prove that she was trustworthy.

I would have liked to see a bit more of the society outside of the Resistance. I was confused about exactly what was going on generally… how the Guardians fit into the reality and what people not involved with them or with the Resistance would be doing.

I do think there were several missed opportunities to allow for some twists or surprises. While a lot of the characters were shown to be intelligent and able to think fast on their feet, in particular Lex, I felt the bad guys were obvious from the start. And while the major characters were clear and well-defined, I felt many of the minor characters were just there as filler.

I think this book could have done with being expanded upon and less focus put on the romance straight away. I personally believe that real, true love grows slowly but naturally… and I would have liked to see that happen with this book. I would like to read the next book in this series, if only to see what lies in store for the characters next.