Sword of The North 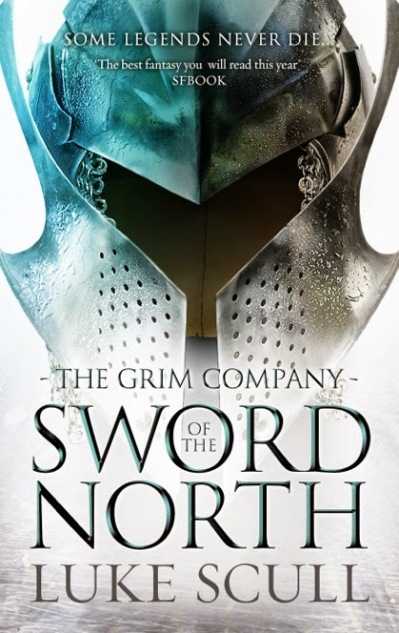 I haven’t read the first book in this trilogy, but I found this one fairly easy to follow. Although the book did skip between various characters and storylines, and I wasn’t clear about how everyone was connected to each other, I still found all of them fairly interesting and I was surprised at how quickly I was able to read this book. I was much faster than I was expecting.

I found Kayne to be a particularly intriguing character. I liked the fact that, although he was a warrior, there were consequences to the fact that he was older. And I thought it was good that he had such a high code of honour. I also enjoyed seeing his friendship with the Wolf… though I had a lot of mixed feelings about Jerek. Although I thought he was an interesting character, I didn’t much like the way he treated many of the other characters. I did, on the other hand, like Grunt and Brick a whole lot… particularly given how Brick responded to his uncle’s actions.

There were a lot of really dark moments in this book… scenes that I found myself cringing at as I read them. I thought it was good how some of the things were left to the imagination, though… and although I didn’t like the characters who were my favourites getting hurt, it was good to see they weren’t spared any consequences.

I thought the whole thing with the Unborn was really creepy. I had a lot of sympathy for Sasha. I thought it was really good to see that she was vulnerable and had weaknesses. She was probably close to being one of my favourites. I did like Cole, to an extent… but I would have liked some more details about his background and how he came to act in the way he did.

I really hated Sir Meredith. When he first appeared, I’d thought he wasn’t a bad guy… but then it became clear he was one of the worst. There were a lot of things that made me sad in this… and others that drew me in and made me want to keep reading. In the future, I’d definitely like to read the first and third book in this trilogy.