Blog Tour: The Next Together

The Next Together (The Next Together #1)
by Lauren James
Publisher: Walker
Release Date: September 3rd 2015
Genre: Young Adult, Romance, Historial Fiction, Contemporary, Fantasy, Time Travel
Rate: 5 out of 5 stars
Synopsis:
How many times can you lose the person you love?
Katherine and Matthew are destined to be born again and again, century after century. Each time, their presence changes history for the better, and each time, they fall hopelessly in love, only to be tragically separated.
Spanning the Crimean War, the Siege of Carlisle and the near-future of 2019 and 2039 they find themselves sacrificing their lives to save the world. But why do they keep coming back? What else must they achieve before they can be left to live and love in peace?
Maybe the next together will be different…
A powerful and epic debut novel for teenagers about time-travel, fate and the timelessness of first love. The Next Together is told through a mixture of regular prose, diary entries, letters, “original” historical documents, news reports and internet articles.

While I didn’t actually receive a free copy of this book, I liked the blurb so much that I chose to purchase a copy… and I’m pleased to say that I wasn’t disappointed.

Even though it was a bit confusing at times to keep slipping between the different time periods, they were clearly marked. While there were some instances of modern-day language used in the past, it wasn’t enough to throw me out of the story… even if it did give me pause.

I liked the incarnations of both Matt and Katherine, though I did think that it wasn’t made entirely clear why they both looked identical to their previous incarnations and why they were given the same names… though an argument could be made for that in the 2039 versions of the two characters.

I did think there was a bit of summarising during the course of the book, but I also felt that the feelings between Katherine and Matthew came across really well. There were several moments I found myself smiling at some of the humorous moments, especially when it came to Katherine. I enjoyed the opportunity to have glimpses into her life with Matthew in the year 2019. I loved the banter between Katherine and Matthew and there were a few moments I actually found myself laughing out loud at the way they communicated.

It was interesting how there were no actual scenes with the 2019 version of Matthew and Katherine. I thought that was particularly effective, since it meant there wasn’t a whole lot of rehashing as the 2039 versions of them discovered the details about their past selves. And there was enough mystery in this book to make it an interesting read.

I liked being able to learn more information through articles and the letters, too. I thought that was an interesting way of doing things. I did find myself really confused by the commentary by the third parties… although there were some answers provided by the end, I was still left with some questions.

This book was really quick and easy to read and drew me into the storyline really easily. I’ve noticed that there’s a sequel to this slated for publication next year… and I’ve already decided I want it.

1) What originally inspired you to get into writing?
It was originally a hobby to keep me entertained during the summer holidays while I was at university. But once I’d finished the story, I couldn’t bear to put the characters away and not do anything with it, so I send the first draft off to some agents, and one took me on as a client!
2) Where did the idea for The Next Together come from?
I don’t really know, to be honest! I’ve been thinking about a couple who are reincarnated throughout history since I was about sixteen. I always wrote about them during Creative Writing assignments at school. It stuck with me long enough for me to actually start writing the full novel when I was eighteen.
3) Was there any particular character that you liked or disliked, or were able to relate to in any way while writing?
I adore my two main characters Kate and Matt. They are like my babies, who are also both really similar to me (is that weird? I think that’s weird!). I love them for all their ridiculousness and occasional stupidity.
4) Were there any scenes in particular that were particularly challenging or easy to write?
I think the historical research was the toughest! I spent a lot of time reading old books and diaries and making endless notes. It was definitely worth it though – I hope it adds more realism to the time periods.
5) Do you have any advice/pearls of wisdom for budding writers?
Find out what makes your writing unique and own it. Be completely shameless about it in your query letter. If you love the zombie cats in your novel, make sure they are front and centre in your query. You need to find an agent who loves your book as much as you do, and spending months crafting the perfectly written query letter isn’t going to do that – but maybe persuading them to read the book with the promise of zombie cats might. 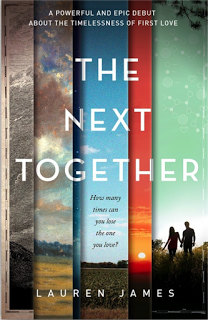 Follow the The Next Together by Lauren James Blog Tour and don’t miss anything! Click on the banner to see the tour schedule. 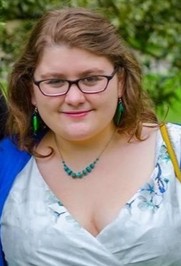 Lauren James is a scientist by day, writer by early hours of the morning. She graduated in 2014 with a first class Masters degree in Natural Sciences from the University of Nottingham, where she studied Chemistry and Physics.
She now lives in the village of Berkswell in the UK.
You can find her on Twitter at @Lauren_E_James, which she mainly uses to fancast actors as her characters and panic about all of the overly ambitious plans she has for her PhD, or her website at http://lauren-e-james.tumblr.com.
She likes strong, intelligent women, Dylan O’Brien, and things with plants on them. These are her favourite books: http://www.myindependentbookshop.co.uk/Laurenelizjames.

UK ONLY
a Rafflecopter giveaway