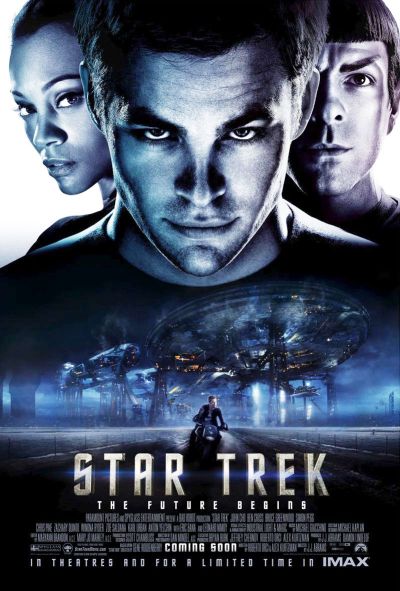 Despite my mum being a big fan of Star Trek, I never really got into the original movies. It wasn’t until this one came out that I found myself drawn into this franchise.

This movie was particularly compelling from the start. Even though the first scene was only a short one, it was enough to set up the rest of the events. The first scene was really emotional and I felt the actors did a good job of showing the relationship between Kirk’s parents. It didn’t hurt that I recognised both of those actors and have enjoyed their work in other media.

I liked the opportunity to see both Kirk and Spock as children. I felt those scenes did a good job of setting up their characters for later on. I also thought it was interesting how the rivalry between Kirk and Spock later on contrasted so sharply with the friendship their original incarnations had.

Although there was a bit of romance in this movie, I didn’t feel it overwhelmed the plot. I would have liked to see more in the way of the alien races… apart from Spock, there didn’t seem to be that many on the Enterprise. Considering the Federation is made up of so many planets, I thought there should have been more in the way of alien races.

There was a good amount of action and quite a lot of tension in this movie. I liked most of the supporting characters, in particular Chekov and Sulu. I would have liked to see more of both of them.

This movie did a good job of drawing me into the world. Although it’s part of the Star Trek franchise, I thought the differences were explained well. I cared about the characters and the danger they were in and I thought the actors portrayed their characters really well.