Once Upon a Time Season 4 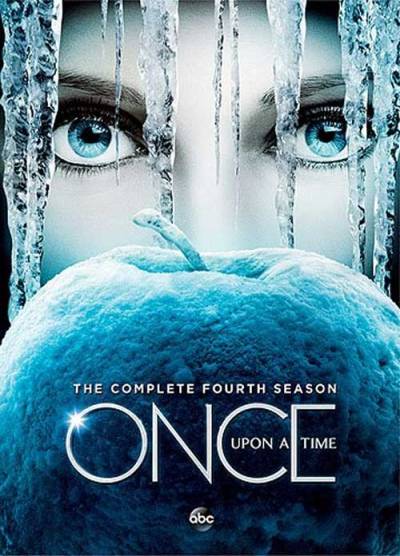 This season, as well as season three, seemed to have a lot going on in it. Season three had ended on something of a cliffhanger, but it was good to see that this series started up straight after the finale of the previous.

I liked the fact that there were different stories utilised in this series. It was cool to see Elsa and Anna from Frozen appear in this series. The actor playing Hans seemed to fit the character really well, as did the actress playing Anna. I’m not sure Elsa entirely fit my expectations of her from the series… but I did think the actress who played her was really good.

There was a big part of me that felt sorry for the Snow Queen, though not in quite the same way as I was able to empathise with Regina. It was nice to see more of Mr. Gold’s relationship with Belle… though there were a lot of aspects to that that made me sad, especially during the middle of the season.

I liked the opportunity to see that Snow and Charming weren’t quite as perfect as they were made out to be in the first series. They made mistakes and it was good to see that those mistakes did come back to bite them. Mistakes and darkness make characters more interesting, heroes and villains.

There were times I felt sorry for Marian in this series, even while being annoyed with Robin Hood. Code of honour and all… but I don’t think it was honourable to stay with Marian when he so clearly had feelings for Regina.

I liked the opportunity to see Cruella De Vil in this series, though it was confusing, considering she’s not from the same kind of world. Ursula was an intriguing character… as was Maleficent; though, unlike Regina (and Mr. Gold) there wasn’t much that was in-depth about those characters… although there had been hints of possibilities.

Season four did end on another cliffhanger, which is annoying… but still makes me want to watch season five and see how they get themselves out of this mess.