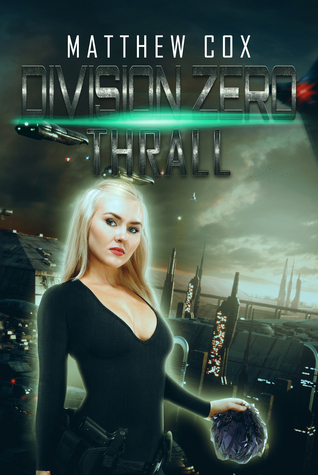 Having read about Division 0 (and Kirsten) already, I was really happy to have the opportunity to read the latest book in the Division 0 series.

I was really pleased to be able to see the characters from previous books. It was particularly interesting to see Shani and her mother. I liked the fact that Shani and Evan were friends, even though Shani’s so much younger than Evan. And there were times I really felt deeply for Evan through this book. It can’t be easy having a mother working as a police officer… more so in that her hours could have proved detrimental to her trying to adopt him. The fact that he was so understanding came across really well; and it was good he didn’t consider himself ‘too old’ for displays of affection.

There were times when I thought Kirsten didn’t come across as the same strong character that she had been in the previous books. Although it did all make sense by the end, I still found myself getting frustrated with her at times… which probably goes to show just how emotionally invested I was in the book.

Being able to learn more about Kirsten’s past was good, even though it made me sad to know more about the awful things she experienced. What was also good was how she didn’t let those experiences turn her hard and cold. There was still the strong sense that she cared about people… even people who couldn’t understand/hated what she could do. (I found myself getting more angry than Kirsten did at some of the attitudes she had to deal with).

There was one scene in particular that seemed to jump ahead in time, which proved to be very confusing, since one chapter, I was in one place… the next, back at Kirsten’s apartment, with no detail of what went on in between.

I’m hoping there’ll be more in this series in the near future. It would be good to see more of Kirsten and how she’s evolving as a character.