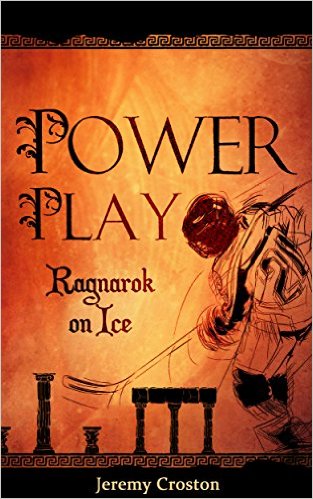 I was quite taken by the blurb of this book when I read it for the first time. I’ve been interested in Norse mythology for a while now, so it was good to have the opportunity to read another book inspired by the Norse mythos.

It was an interesting concept to see a male character as the main character, since a lot of these types of books tend to have a female central character. And the fact that he wasn’t a teenager and was an ice hockey player were two more unique things about him.

Unfortunately, I felt a lot of the book could have been edited. There was a lot of unnecessary detail and the romance felt really forced. The problem I have with soulmates is that the two characters are just assumed to be together and there’s no time spent actually developing their relationship… which I felt was definitely the case here.

There was a lot of potential in this book. Rumil and Jack meeting for the first time worked particularly well. Her suspicion of him seemed natural and made her a more intriguing character.

Although I don’t mind reading first person POV books, I don’t like it when they switch between different POVs. And there were too many of those changes and not enough difference in the tones to make it easy to differentiate between the different characters.

It was an interesting concept about the conflict between the Aesir and the dark elves. It was nice to see that the author didn’t make the dark elves evil. And the touching palms thing was unique… even if the soulmate thing is over-used and cliched.

I liked the opportunity to see Fenrir and it was also good to be able to see Sigyn. It was nice to learn about the culture of the dark elves.

I’m not sure I’ll read the next book in this series. This one read more like a first draft and could probably have done with some heavy editing. I didn’t really care about the characters as much as I should do.