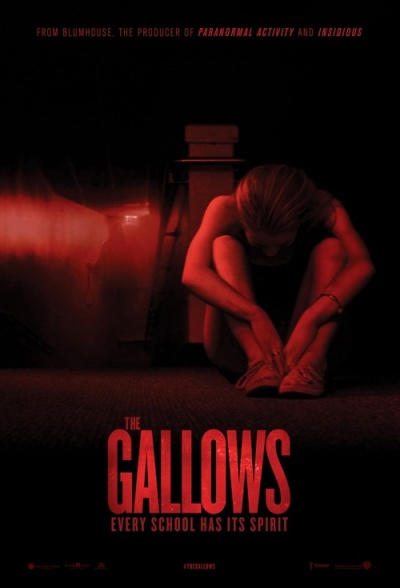 The original trailer for this movie was more of a soundbite. It was definitely intriguing, but in many ways, it was also very scary.

The first scene in this movie was a good way to set the tone and it was scary enough to see the fun event of a school play turn into something much more sinister.

I wouldn’t have said the found footage added any extra to this movie. I think that the found footage has become over-used and I found this one to be quite jarring to watch, since there was so much shifting around. It made it hard to get a good handle on the minor characters.

There were some quite good creepy moments in this movie, even though there were a lot of the ‘cheap’ scares. I did find it quite hard to like Ryan as a character. He was fairly annoying and came across as a bully for most of the first part of the film.

I found Reese to be a more likable character, even though he clearly gave into peer pressure. It was sweet to see him wanting to impress Pfeifer, even if he was really bad at acting.

There were too many unanswered questions by the end of the movie. As much as I can see the appeal in having a final scare, it left the loose ends hanging (pun not intended). It was kind of disappointing to see it fall into the trap of so many horror movies.

Although there were some moments of tension in this movie, the acting wasn’t as good as it could have been and I really only had an emotional connection with Reese as a character.

I think this movie could have done with being expanded a bit and with more twists. Although I was engaged in the action, I went in expecting the characters to die… and the movie didn’t do a good job of making me care about them.

5 comments on “The Gallows”