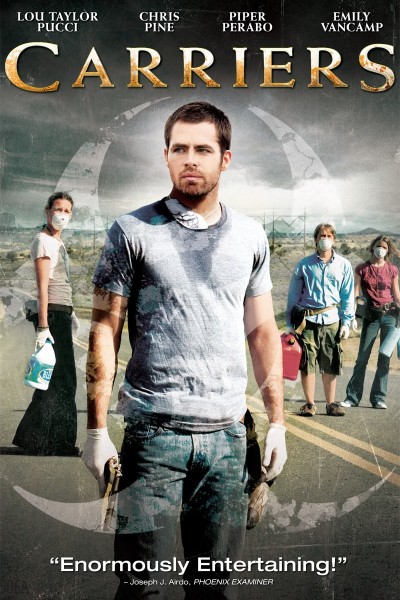 Apocalyptic-style movies aren’t very unique… even those with a virus that kills people. This film was a bit unique due to the fact that it began after the pandemic had already been underway for a while. Brian, Bobby, Danny and Kate were struggling to find a safe place in a world that… really wasn’t.

It’s quite hard to feel much sympathy for Brian in this movie. Although I can understand his perspective, I think it’s cruel to leave a sick child to die… whether she’s with her father or not. It’s not something I could ever see myself doing.

I found Bobby and Danny to really be the most likable characters, even if Danny did allow himself to be manipulated by Kate. It was good to see the way different people reacted to the virus and the society they found themselves in, though.

There were some parts of this film that were much darker than others. The schoolroom-turned-hospital was especially sad. It was hard not to understand the motivations behind many of the characters’ actions… though I had zero sympathy for the ones who turned to crime and murder as soon as society broke down.

There were a lot of really disturbing scenes in this movie. It wasn’t very clear what triggered the virus in the first place. The radio broadcasts were quite sad, particularly the one towards the end of the movie.

There wasn’t much information about the characters’ pasts, though some things were revealed as the movie went on. There was quite a bit of emotion in the interactions and I did especially like Brian and Bobby… even if I did think Brian was a jerk. I could understand Kate’s obsessive need to check every phone they came across, even though I didn’t really like her character.