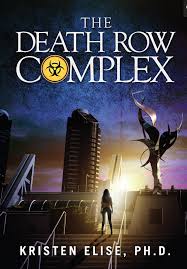 I have read the previous book in this series, though it was a little while ago. It was good to have the opportunity to meet Katrina again and see her relationships with the other characters, both her work colleagues and others.

I didn’t really like Alexis as a character, I have to admit. Even though I could understand why she was acting the way she was and why she had that kind of moral compass, I thought that the way she treated her mother was really awful.

There was a lot happening in this book and I felt that there were parts of it that were really intense to read. I was a bit unclear as to why Chuck was so convinced it was Katrina he was supposed to target, though. Since there was so much happening in this book, I did find it somewhat hard to follow at times… even though I was drawn really easily into the storyline.

I liked Katrina as a character and I did find myself liking Jason, too. I thought the two of them were really good, well-established characters. It was interesting to see that Jason was quite a contradictory character. I liked that aspect about him.

I did feel that some of the characters weren’t established as well as they could have been, since there was so much going on. I had a couple of moments where I had to pause to remember which character was being referenced. I didn’t really like Gilman, I have to say. He seemed single-minded and not really all that intelligent. I liked his partner somewhat better, but I felt both were very much ruled by their personal slants on the case.

It was good to be able to learn more about the science behind the anthrax, though I did find myself getting a bit lost at times. The danger in the book felt real and I found myself growing more tense as I read further into the book.

Some of the characters were well-defined and it was good to see those ones. There was an air of mystery to the book that didn’t get derailed due to how much was going on. In the future, I hope to read more books by this author.

3 comments on “The Death Row Complex”