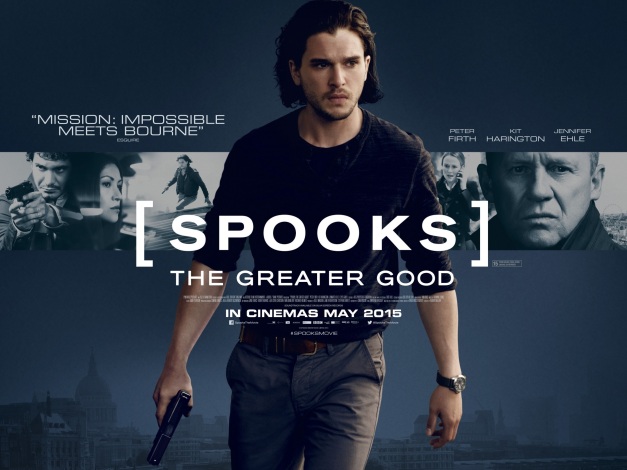 I haven’t really watched any of the television series of Spooks, but I did find this film fairly easy to follow. There was a lot that was going on and the movie kept my attention throughout.

It was good to see how MI5 worked in this movie and to go straight into the action from the start. I felt myself watching intently from the start. The characters were easy to care about… even with what Harry was claiming.

I found Will to be a particularly intriguing character… and not just because I like Kit Harrington as an actor. I felt there was time spent developing and showing Will’s character. His history and personality wasn’t just dumped on the viewers and I truly felt like he was one of the good guys. He had morals and beliefs I could really get behind.

It was also interesting to see how Harry communicated with Will and all of the failsafes he used to ensure they could speak privately. The history between the two of them was obvious and made me more eager to find out what their past entailed.

Some of the supporting characters were interesting as well, I found. I wasn’t very keen on June as a character, but it was good to see that there was some reasoning behind her actions… even if I felt that there should have been consequences at the end.

I didn’t like Mace at all as a character. He made my flesh crawl for a lot of the movie. Although it was interesting to see Qasim’s motivations and that he was human, I still had a fairly strong dislike for him – he was an awful person, no matter what spin was put on it.

Especially towards the end, I found that the film was becoming more intense. I was still somewhat lost by the motivations of some of the characters, but I cared about what happened with most of them… even though I would have liked to see some more background and more actually working together.