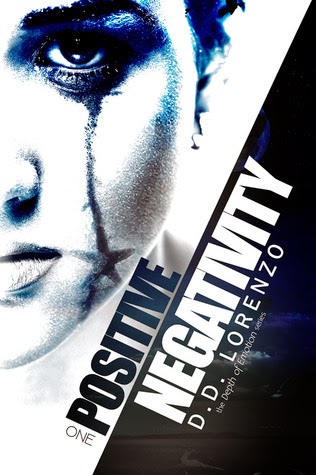 Aria Cole and Declan Sinclair are as opposite as positive is to negative. They have one thing in common; their love of being near the ocean.

When Aria escapes to a beach house to heal after a devastating loss she comes face to face with an interesting man.

Declan Sinclair has traveled the world. He uses his body as well as his mind in the fast paced Modeling industry. As he ages in a profession that favors youth, Declan retreats to his home at the beach to form a strategy for the future. His interest is piqued by a solitary woman who sits daily within his view.

Can Aria see through her sorrow to accept the kindness of a handsome stranger?

Will Declan decelerate his fast paced life to enjoy the company of a blue eyed girl?

Would evil in the heart of a narcissistic rival threaten a seed before it’s sown?

The account of the story of Aria and Declan challenges us to solve an interesting riddle: Can Positive results be propelled as a result of a Negative circumstance?

I did find this book a bit exhausting to read. I think it was harder because the book kept changing between third and first person, shifting between multiple points of view… and also slipping into present tense periodically. If it weren’t for that difficulty in reading it, I would have given this book four stars.

I did like Declan and Aria as characters… and I did feel that the chemistry between them came across really well. Providing the songs at the beginning of the chapter was an interesting idea, but it was distracting to see the different symbols to denote when the songs should be played.

I did like a lot of the supporting characters, but a few of them just popped up when there seemed to be a need for them. For example, when Declan offers to pay for Aria and the girls to go to a spa, two new characters I hadn’t met before suddenly popped up.

I was kind of disappointed in what was happening with Marisol. When I’m reading about the bad guys, it’s nice to have some kind of redeeming quality to them… a sense that they believe they’re doing the right thing. Marisol just came across as completely psychotic, with only a slight nod to her having been different… and little realistic explanation as to how she turned so completely.

There were some very sweet moments in this book and towards the end, there was quite a bit of tension that had me on the edge of my seat as I was reading. I was disappointed in the ending, I have to say. I’d like to read the next book/s in the series and see if things are eventually resolved.

Author Biography
DD Lorenzo challenges her readers through her “Depth of Emotions” series. Her novels reach deep into the heart of readers and challenges them through the emotions of her characters.DD currently resides in Maryland, “The Land of Pleasant Living”. She met “MM”, the love of her life, in high school. Together, they have an eclectic, crazy and amazing family. When she isn’t writing, she is rooting for the Baltimore Ravens or the Baltimore Orioles. Her favorite pastimes include long lunches with good friends, and spending time with the people in her life. Riding in her husband’s classic Mustang to the Eastern Shore is a particular favorite!“Positive/Negativity” lays the groundwork for the series, and is the first in the “Depth of Emotion” books. It is the only one with a cliffhanger (she promises!) and concludes with Book two, “Selective/Memory”. She has planned five books for the series. Books three, four and five are individual stories of characters introduced in Book one.

DD is currently writing “Here/Now”, Carter’s story, which is Book 3 in the series, planned for release 2014. The remaining two books, “Same/Difference” and “Beauty is a Bitch” are planned for 2015.