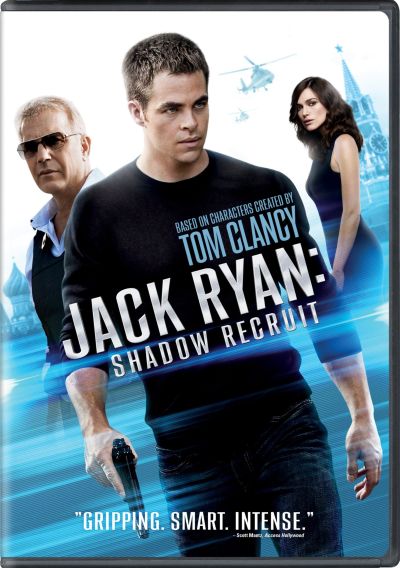 This was (yet another) movie I saw originally at the cinema and just recently got it on DVD.

Although I haven’t read any of the Jack Ryan books, I still found this movie easy to follow… though there were a few flashbacks and skipping ahead in time that made it a little hard to follow at times.

There was quite a lot of action in this film. It was entertaining and although there wasn’t much mystery contained within, there were some really intense scenes that had me focused entirely on the movie (despite having seen it before) and not on my laptop.

I really liked Chris Pine as Jack Ryan. I especially liked Jack’s relationship with Cathy. Although I would have liked to see a bit of background to their relationship, I could actually believe in their feelings for each other – helped, I believe, by the fact that their relationship was a long-term one from before the start of the movie.

I did also like the other actors who appeared in this movie. I’ve seen all three of the main actors in various things before and I had very little trouble adjusting to viewing them as the characters they played.

There were a couple of scenes in this that made me think of the hustle programs/films I’ve seen in the past. There was one scene in particular I thought was very well done… and I also thought that Keira Knightley and Chris Pine acting within their acting worked really well.

I personally found this film to be really entertaining to watch, with an intriguing plot and actors I felt played well off each other. I didn’t have many problems with my suspension of disbelief in this and this film has triggered an interest in reading the Jack Ryan books at some point in the future.