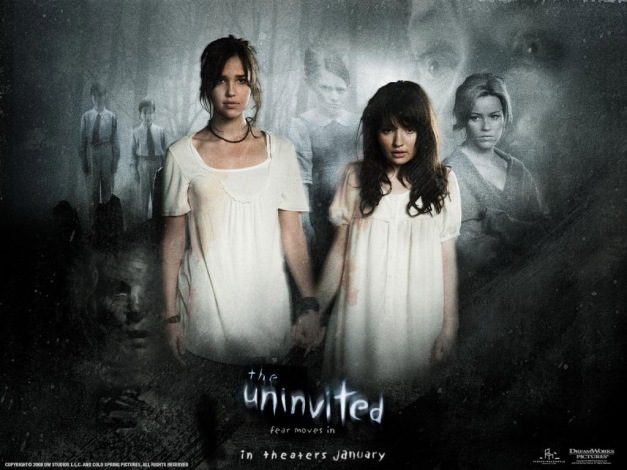 I’d seen this film originally at the cinema, so I already knew the ending of this film. I have to say that some of the scenes did make a bit more sense as I was watching it with that pre-knowledge and I felt the foreshadowing worked out particularly well.

There were a lot of good, creepy moments in this film… even though a lot of the scares were ‘jump’ scares. The dreams and visions that Anna was suffering from were particularly scary… and I also felt that the camera angles were used to good effect. There were also some particularly nice shots that gave the impression of one of the characters being sleepy… or ‘out of it’ for other reasons.

I liked the interactions between Alex and Anna, even if there were times I felt that Alex came across as a bit one-dimensional. There was quite a lot of mystery throughout this movie and there were a number of really tense scenes, as well as the scary and more creepy scenes.

I have noticed that children tend to be used a lot in horror movies… almost over-used. Although they were used in this movie as well, I did feel that there was an explanation as to why there were these little children ghosts running around.

There were a lot of scenes that were quite dark in this movie. Although it does act to create atmosphere, I did feel that the scenes were too dark at times. Scary scenes don’t work at all if you can’t actually see what’s going on. At the same time, there were a couple of scary scenes that did take place during the day, which was a nice change.

The plot of this movie isn’t unique, since it is a remake of an Asian film – A Tale of Two Sisters, I believe. But I recognised a couple of the actors in this film and I felt that the acting here was quite good and although there were certain things that didn’t fit with the ending, I did feel that there was some effort made to connect the plot in a way that made it easy to suspend my disbelief.