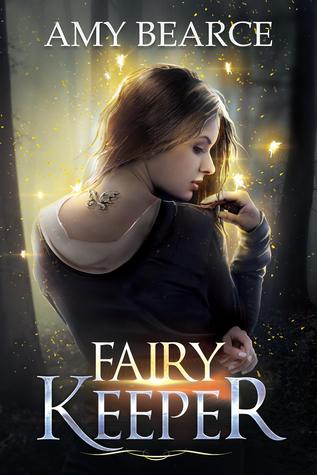 Ideally, I’d give this book 4.5 stars. Not quite 5… but I consider it to be higher than 4, at least in my estimation.

The idea of fairy keepers was a pretty intriguing one. I found myself feeling sorry for Sierra in this book. She was an interesting, well-rounded character and I could see how much she cared about her sister.

Although my original views of Nell were coloured by how Sierra viewed her, as the book progressed, I found myself warming to her much more. I enjoyed seeing how the relationship between her and Sierra evolved through the course of their journey.

What I also found was really interesting was the relationship between the keepers and their fairies. I was able to identify strongly with Sierra’s feelings of being trapped. I have to say, it was somewhat disappointing to see another character with a terrible childhood/parents, though… I do think the tragic pasts/abusive parents are over-used, especially in fantasy settings.

Although I tend to get a bit hesitant about romance, I didn’t think it was included in this book just for the sake of it. It was interesting to see how Corbin and Nell interacted with each other and how they were attracted to each other despite having vastly different natures. I didn’t like the hints of a potential love triangle… but it was good that the plot took a slightly different turn.

I felt the book picked up quite a bit when they found the fairies. Although it was entertaining to read before then, I enjoyed reading about Sierra and how she began to view Queen… and how it became clear Queen saw Sierra.