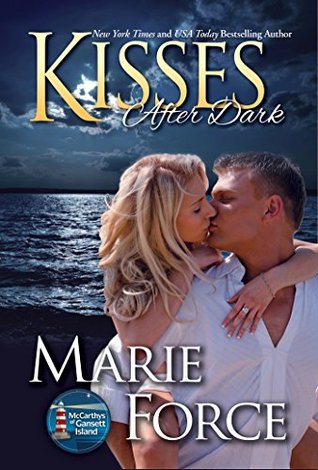 It was really good to return to Gansett Island. I’ve been passing these books onto my sister to read, since she likes romance as much as I do, and I’m sure she’ll be reading this book at some point during the next several months.

There were some darker parts to this book in comparison to the others. The characters had to deal with a couple of really major issues and I felt that the author did a really good job of showing the fallout of what happened with Mac and Maddie and how it affected not only them, but the rest of their extended family.

I’ve probably mentioned before that I really like how this series focuses on the other characters and relationships, as well as just the main couple in this book. I did notice that there was a lot of pregnancy going on in the book. It was nice to see the couples progressing with their relationship, but it almost seemed like every one had to have a baby, or be pregnant.

I liked the themes of family that ran through this book. I especially like how close Big Mac is with his children and surrogate children. There’s a real sense of love and care throughout this book and even though I haven’t read all of the books in this series, I really liked reading about all of the other couples. There were some really emotional scenes in this book and I felt really able to connect to the characters.

I also liked the whole island life and how everyone knows what everyone else is getting up to. Shane and Katie were really good together and it was good how they both had issues they needed to deal with. There were scenes where I hurt for both of them… and others where I found myself cheering them on. Silently, of course.

I definitely hope to read the other books in this series at some point in the future. I have the first book downloaded to my Kindle, but as well as that, I really want to read Grant and Stephanie’s book. Learning more about her relationship with her stepfather made me want to see more of her past and how she and Grant came together.