I thought, this evening (or early hours of the morning), I’d share some details and the artwork I was gifted with for the character Amberley from the series Ice Warriors.

This is the uncoloured drawing of her. I do have a sketch that was drawn by the same person, but I’m only going to share the line drawing and colour drawing here.

The idea for Ice Warriors originally came from a dream I had. In the dream, Amberley had blonde hair and had fallen through what looked like a water slide, going straight through the ice palace and into the water below the cliffs.

As you can see from these next two drawings, I changed Amberley’s hair colour: 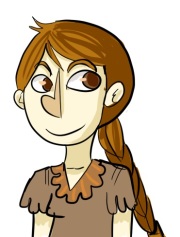 Amberley is kind of hippyish and her name comes from a cartoon I used to watch with my sister as a child – The Dream Stone. I liked the name Amberley, so I ‘borrowed’ it from the cartoon.

In the original version of Ice Warriors, Amberley was probably the main protagonist. Since working on the rest of the characters, I’ve come to realise that, although she is a central part, the others are just as important and their parts of the story are important as well. Still, when the seven were friends as children, Amberley was definitely the ringleader and really the first one to accept their role. But she was also the first one to decide she didn’t want to be a part of the group anymore.

In book one of Ice Warriors, Amberley was the last one to enter the ice palace when the group of them were children, but she’s the first one to try and return to it. Instead, she’s trapped inside while the others have their own problems to deal with. But just her spirit is trapped, which means that, to the outside world, she appears to be in a coma.

This greeting is probably not valid for some countries, but it’s past midnight over here, so it is now technically the New Year in the UK, at least.

I don’t really have much planned by way of a New Year’s celebration, but my New Year’s resolution about Ice Warriors still stands. The year I wrote the first draft of Key of Midgard, I also did NaNoWriMo and somehow ended up with two first drafts of two different novels. A Dying Breed is probably going to be the next one I rework, though.

Anyway, NaNoWriMo has a particular group of forums where artists can offer their services in creating front covers and drawing characters. I’d like to share some of those covers and drawings on here, probably twice a week, but the exact day will vary depending on what else is going on.

I don’t have the details of the people who created the works of art for me, but full credit goes to the original creators. And here’s the first front cover for people here to view, using the pen name I requested rather than my real name: 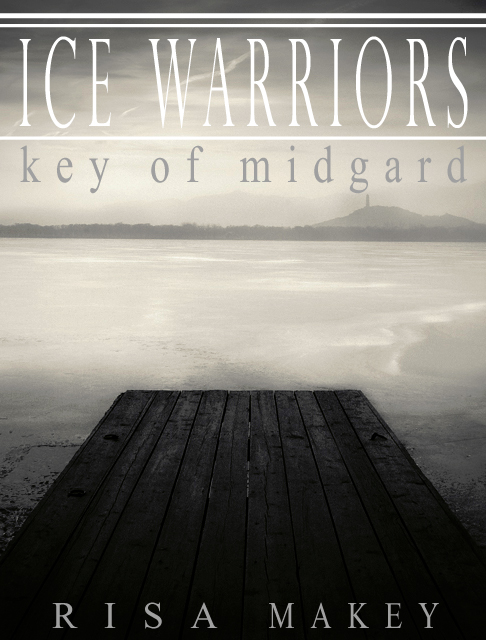